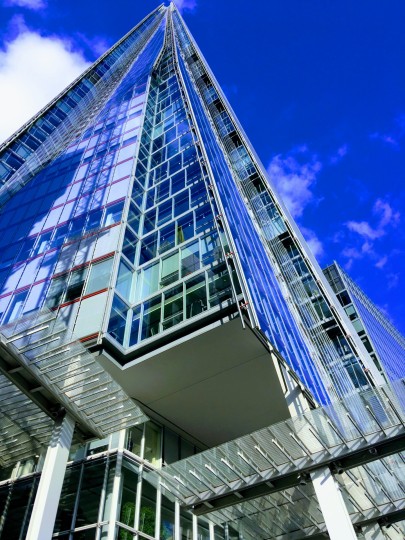 And now the Shard is the context: so large that we can't escape its gravitational pull, but not so massive that we can't see it! Another shot depicting the vanishing point, but not only that, but the razor-sharp sides. This is indeed a contradiction: a phallic symbol that is also a force for castration!